A Day of Dyeing at Dianne's! 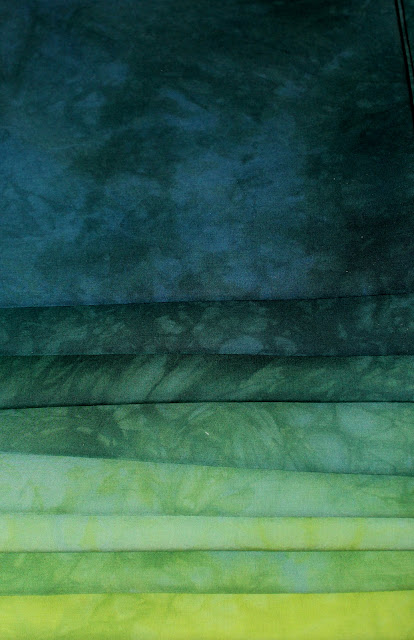 Before I came to the beach this year, I gathered most of my pfd fabric so I could get some dyeing done down here.  I couldn't do any this summer because of the surgery.

This is my second day of dyeing and I was experimenting with this new blue -- ProChem's Blue 420 which is a new color and which I am not sure still whether it is a pure dye or not.  It is not noted as such on their website.  I did three gradations using this color in combination with other colors to see if I could recreate some other colors.  I had a day of mixed successes.

This gradation is a gradation of this blue (starting with 6%) with a 3% concentration of yellow added to half and 1 1/2% concentration added to the other half.  It is actually greener than this picture portrays. 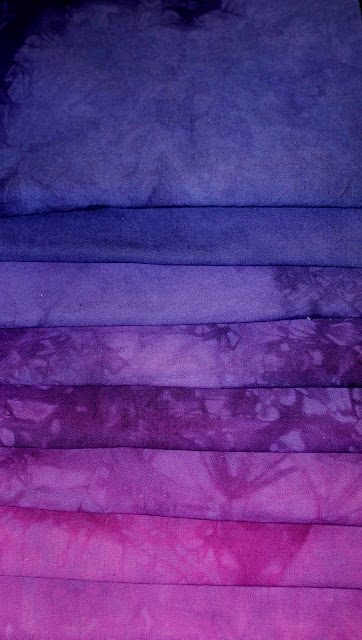 This is the same blue but with a 2% solution of ProChem's Mixing Red added to each step. 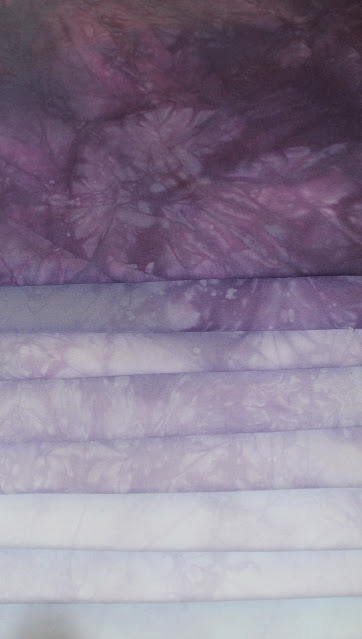 I thought I would try adding some Black to Grape to see if I could get a more intense purple.  It was not very successful.  I only used a 6% solution of the Grape and a 2% solution of the black and then gradated them together.  I think the black was just too light and tended toward blue. 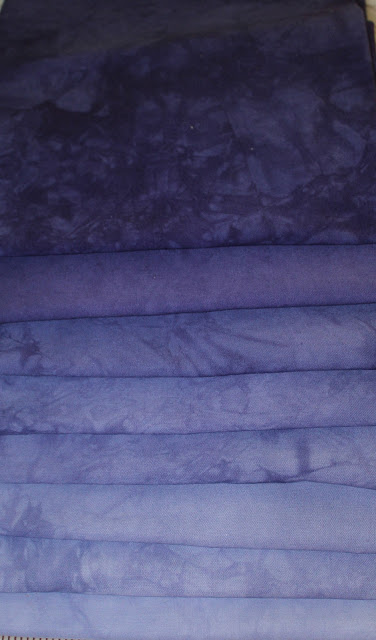 This was an error!  I mixed the Mixing Red and the Blue 420 together and then did a gradation of that.  I had meant to add the Mixing red to each gradation and did that in the gradation further up in this blog.  This was Mixing Red (2%) and Blue 420 (6%) added together. 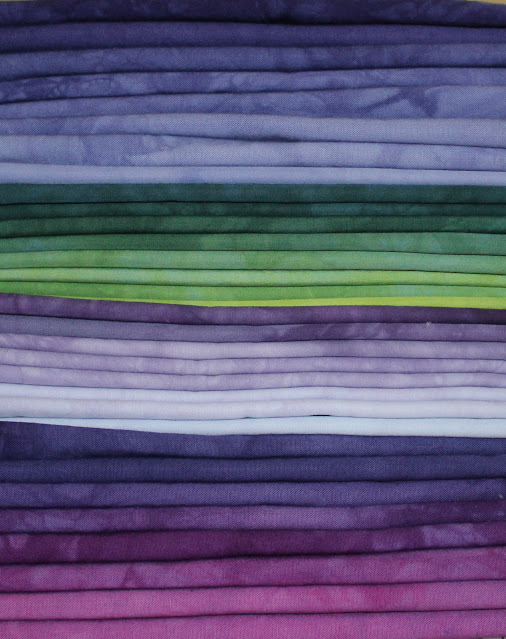 Here they are altogether.  I think my next foray into dyeing will be to do gradations of a lot of the miscellaneous mixed dyes I have.  There are quite a few I don't have documented in my book and I hate guessing with dyeing!

Posted by Elizabeth at 6:50 PM No comments: 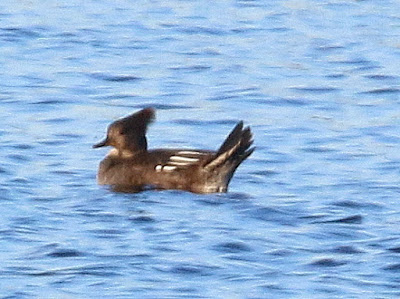 This is a female Hooded Merganser who was with her mate down at Carolina Beach Lake. 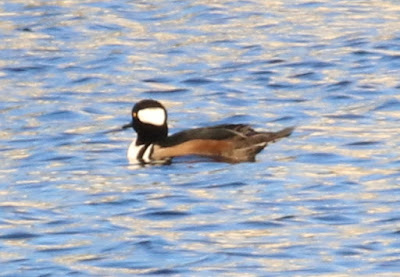 This is her male counterpart.  They were quite a distance away. 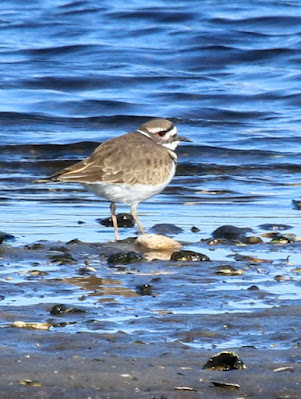 There were several Kildeer in a small island in by the side of the lake. 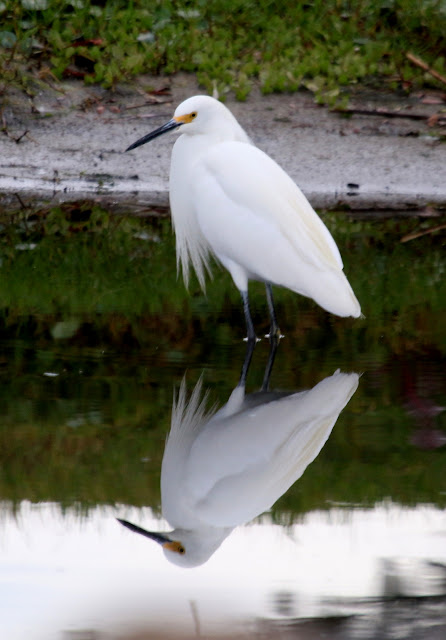 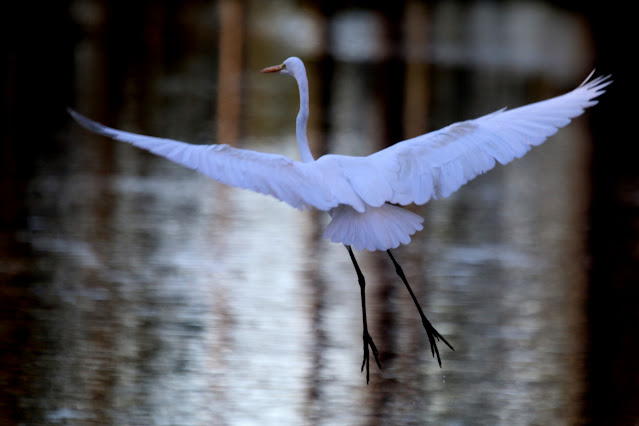 I went over to Greenfield Lake one day last week as there was supposed to be a Wood Stork hanging out.  I didn't see him but saw a large flock of Great Egrets  It was late in the afternoon so they were really beautiful against their backgrounds. 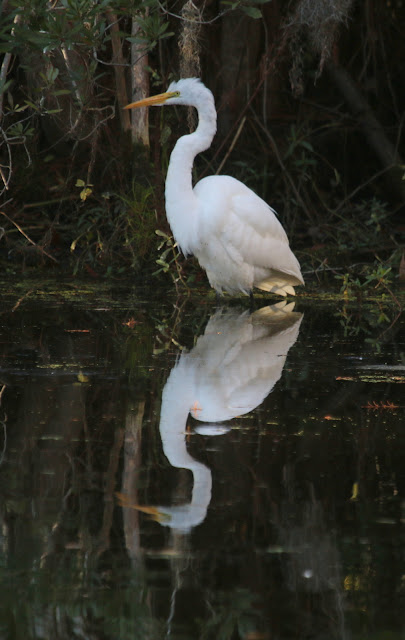 Here is one sitting in the water. 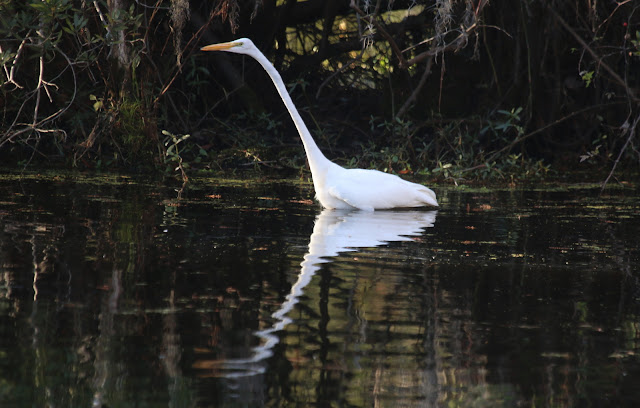 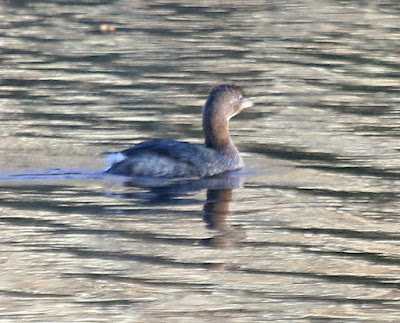 There were also several Pied Billed Grebes as well as an Osprey (I didn't get a good picture of him as he was too far away). 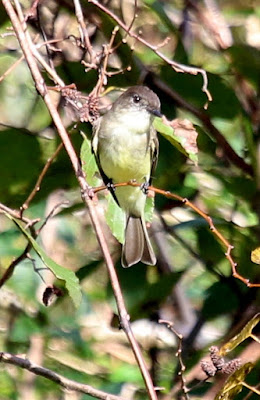 Last but not least is an Eastern Phoebe who was sitting in a tree at my daughter's house.  Before I blew up the picture at home, I thought it was a Yellow Rumped Warbler.

Birds have been much more scarce this year than other years as there always seems to be people walking around in my favorite sites.  Hard to believe, but there hasn't even been the usual flock of Laughing Gulls that I have always taken for granted.  Covid has increased the population down here on the island substantially this year.

Posted by Elizabeth at 6:24 PM No comments:

Charity Quilts Finished and on to a New Home 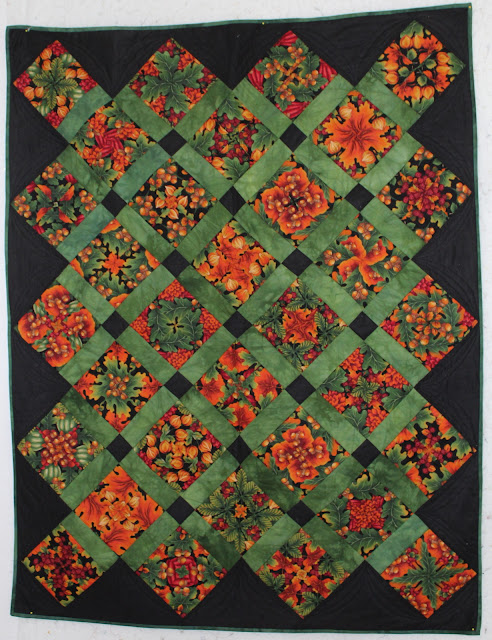 This and the following quilts are all finished and off my hands, donated to a local charity group.  I did manage to hand bind all of them! 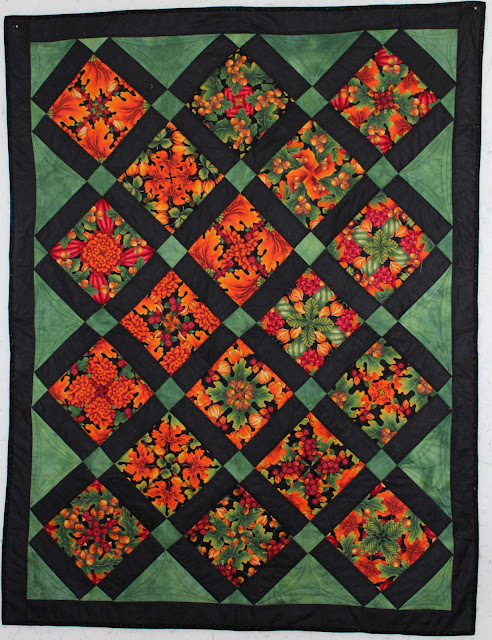 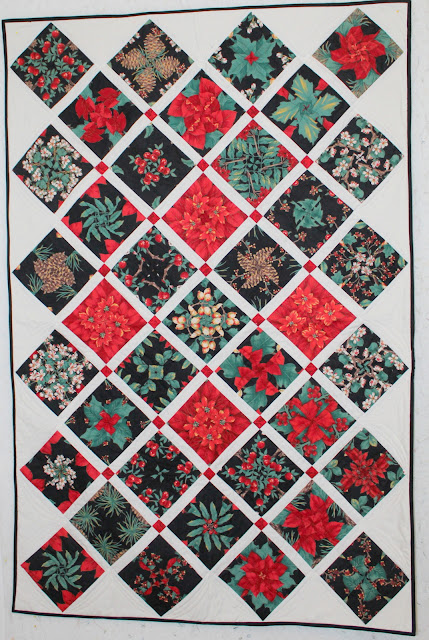 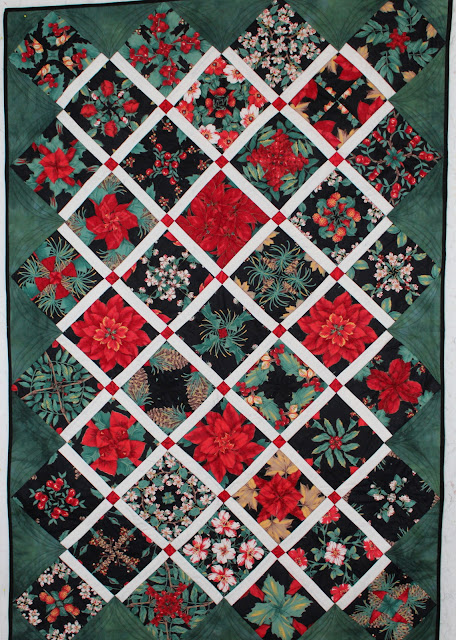 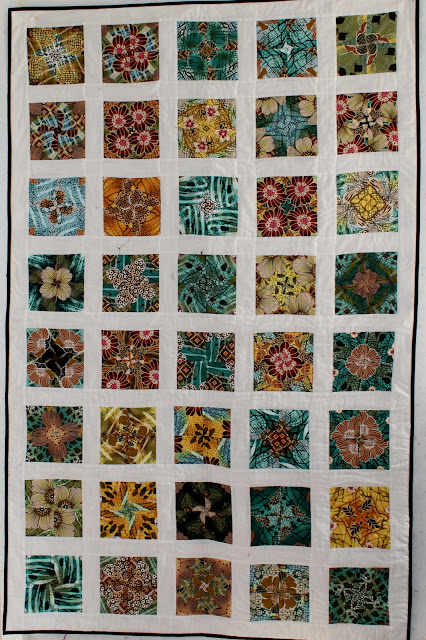 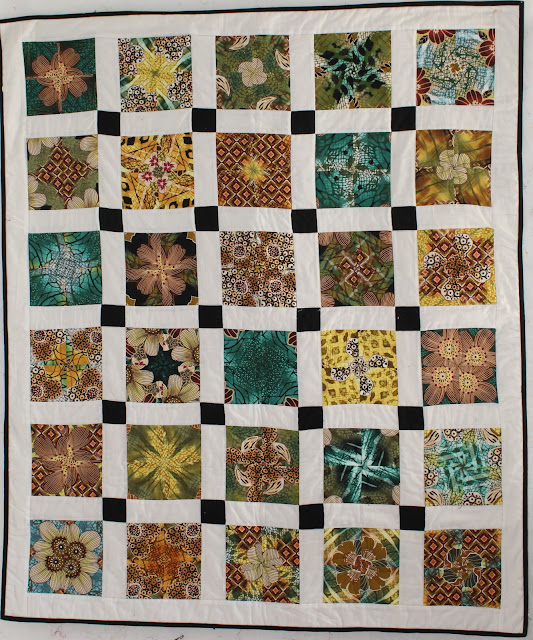 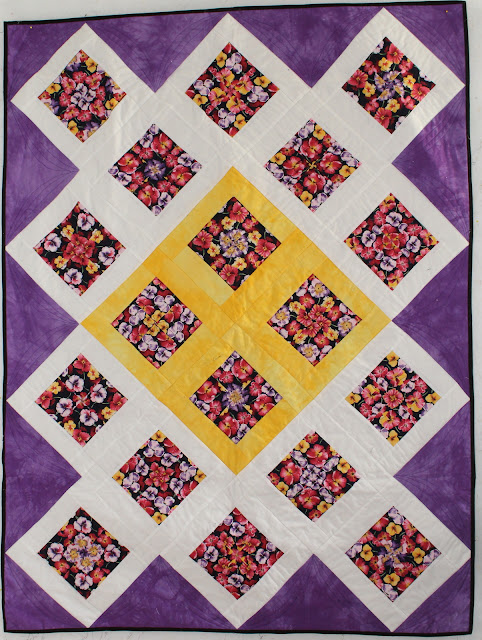 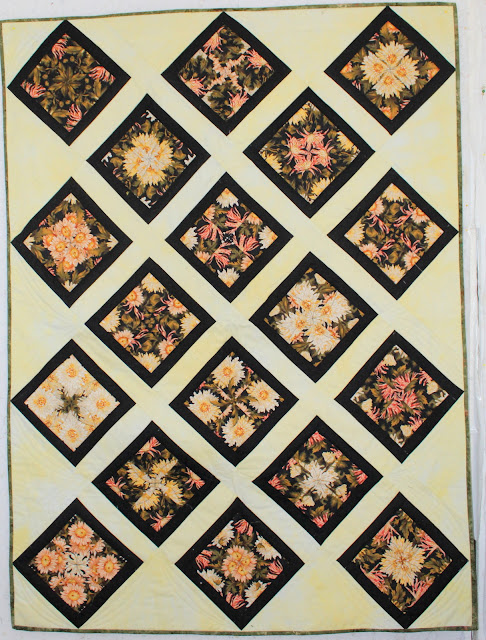 Posted by Elizabeth at 6:23 PM No comments: