Time to Leave This Beautiful Place.... 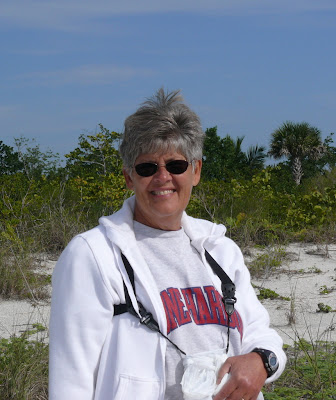 Ah, my little sister Gail with the brilliant blue Florida sunshine! She gets to stay for several more months and I have to go back on Tuesday....She and her dear husband Bill have made this stay very, very enjoyable even though we are not physically at their condo! They have driven us around, fed us and showed us all sorts of birds!

We now know to go to Ding Darling first thing in the morning. We were there right after it opened at 7. The white pelicans were feeding. Brown pelicans feed by diving from great heights straight down while white pelicans swim in a group pushing their beaks down into the water to get food. 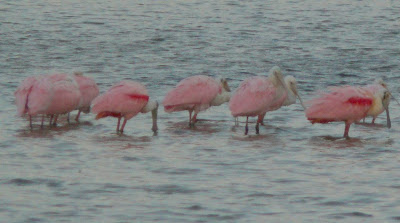 We saw a lot of roseate spoonbills very early. After about fifteen minutes, they had all disappeared into the mangroves!


I took this one to show the difference in size between the brown pelicans which are pretty good sized and their much, much larger cousin, the white pelican. 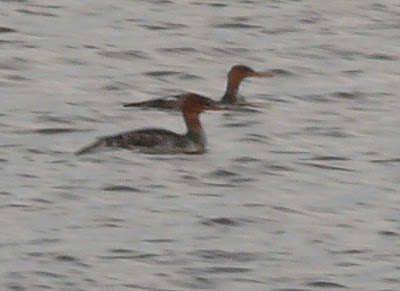 I believe these are two red breasted mergansers in their non-breeding plumage. 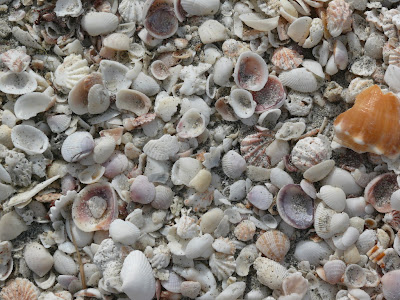 Both Gail and I have had better luck shelling on Lovers Key than Sanibel and today was no exception. There were some different shells on Sanibel and they certainly were piled up in huge heaps in places but not a lot of interest! I did pick up a number of nice apple murex as well as some scallop shells and calico clams. 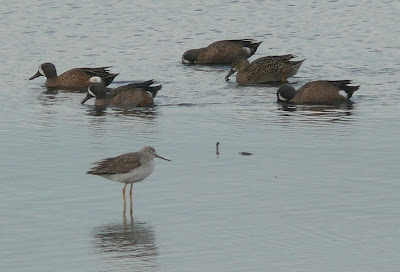 These were the blue winged teals again at Ding Darling. We saw quite a few this morning! I believe the lone fellow in front is a Lesser Yellowlegs.
Posted by Beth Brandkamp at 4:05 PM