My E-Mail Friends are a Bad Influence on Me!! 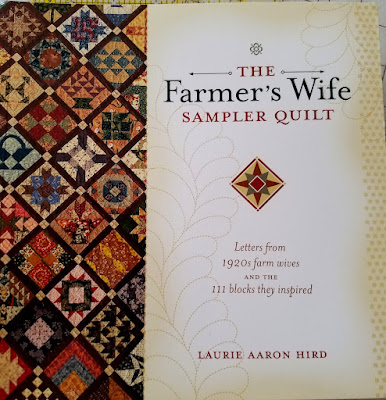 Years ago I got addicted to doing Dear Jane blocks and exchanging them with several email friends.  They were entirely too addictive (although they taught me a lot about quilting because they were such small blocks with so many pieces).  I ended up making about 1000 blocks, enough for several quilts and I still have about 50 I haven't used yet!  About 100 of those blocks were from another series of 30's blocks from a very obscure source!

Well, those email friends strike again as they started making "Farmer's Wife" blocks from two books, one featuring 20's blocks and one 30's blocks.  They are probably the only two books I have purchased in the past couple of years!

I used EQ8 to diagram all the blocks from both books but didn't start them when I was here last year.  I finally got a lot of unpacking done and some organization and decided it was time-- I had selected the fabric palette I was going to use last year. 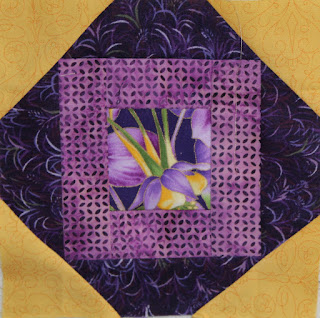 These are the first five blocks I have done.  For some reason, even though I did them in the alphabetical order in the book, EQ randomly moved them around and I can't figure out the order if there is any!  So I just doing them in the order of EQ.  This one was pretty straightforward.  I am probably going to overlay part of the yellow but will decide for sure further on. 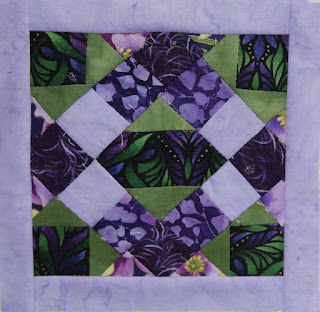 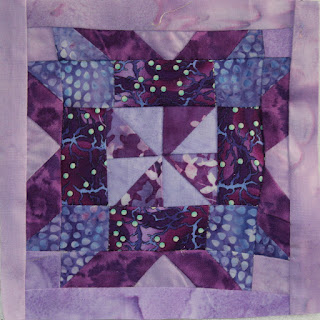 This one was also a bear to do and it was much too big and then I trimmed down pieces and it became too small!  So another border! 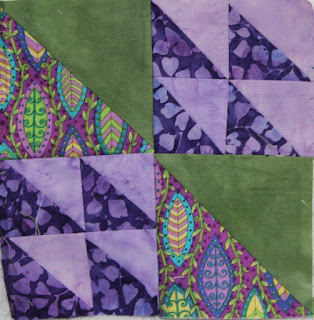 Finally an easy one! 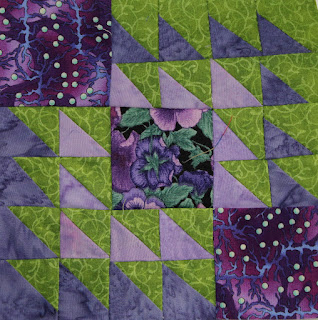 This was an easy one but did have 51 pieces so it took some time and a lot of ripping out as I kept sewing in the wrong directions despite my nice organization of the pieces on a piece of batting! 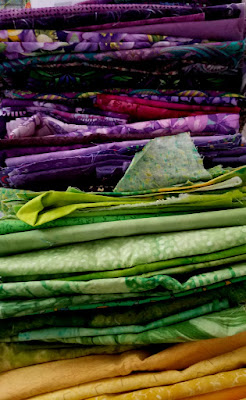 This is the palette I am using, many are very small scraps so it will truly be a scrap quilt.  I have just about used up one 10 in square already with the light purples. 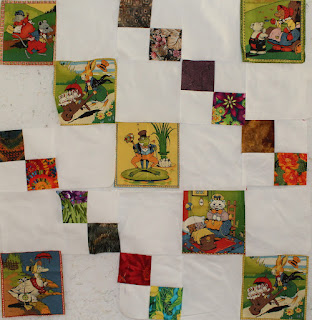 I have got to get started quilting the many baby quilt tops I have made.  Here is another one which I haven't sewn together yet, having been distracted by the above project!  I was trying to do one block a day but ended up doing 2 each of the last two days!

Posted by Elizabeth at 6:00 PM