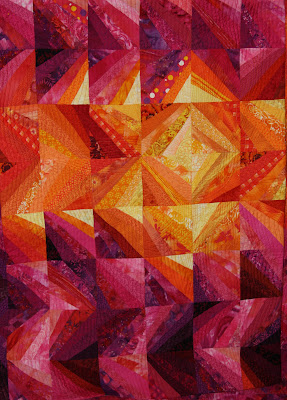 This first quilt (Sunset 1)is one that will be in the GVQC quilt show which will be held the weekend following Memorial Day at RIT's Gordon Field House. 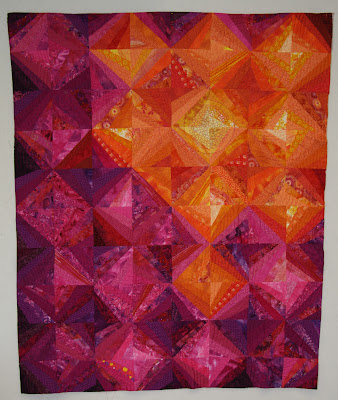 This is the second sunset quilt (Sunset II) which I just finished quilting and will sew on the facing tonight. This one was originally made at the request of my eldest daughter who has since decided it no longer is her color scheme. She thinks they are too bright for the beach house as well, while I think either of them would look gorgeous on those big white walls we have! Oh well, these decisions have to be passed through her as she is half owner! 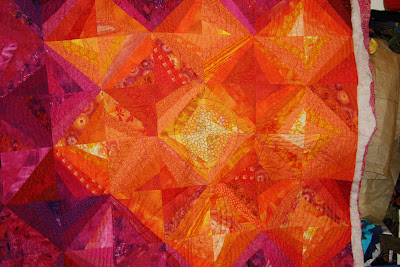 This is a closeup of the quilting in Sunset II which I don't think is as good as Sunset I but at least it is done finally. I have had these tops done for probably five or six years but couldn't decide how to quilt them. Done.... The blocks itself is the Five Easy Pieces block from Margaret Mitchell's book of the same name. All the interpretations are mine however and don't vaguely match anything in the book! 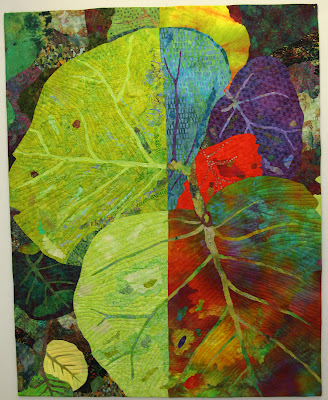 Priscilla finally her leaves quilt which will be hanging in the Parallax show being held in Rochester. 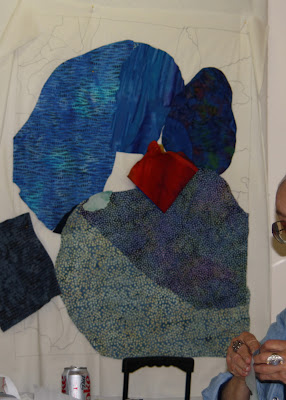 This is her newest interpretation of the same picture but it will be done smaller and in blues. 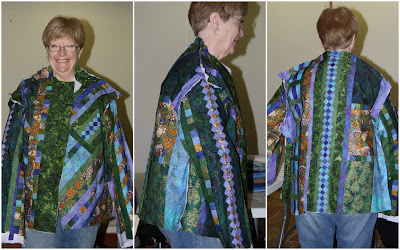 Carol Altemus came to have Priscilla help her with her jacket that she started in Priscilla's jacket class. Here are the three views of the jacket! 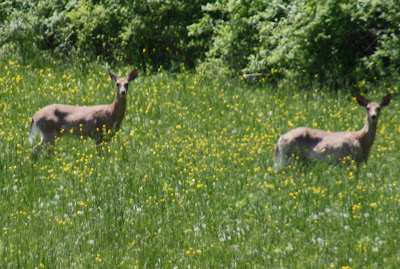 These deer (which look pregnant to me) were two of the three deer chowing down in Marcia's pasture. She would be happy if they just stayed there and didn't munch everything else in the yard.... They certainly add to the atmosphere though!
Posted by Beth Brandkamp at 7:29 PM

I love both of your Sunset quilts! If I had a beach house I'd let you hang it there.

the colours of your jacket just sing!Amazing and wonderful. Thank you for sharing.

This and another comment are coming from my daughters account 'cos I am thick and cannot work out how to do them from mine....
R