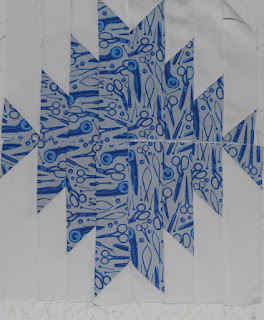 I won several bits of fabric during a quilt guild raffle in December.  One was a packet of 10 inch squares, most of which I wasn't crazy about.  I have been on a kick to try new patterns for the baby quilts (like the knot quilt from a few days ago).  Delectable Mountains is one I hadn't made before.  I have two lovely batik layer cakes saved in my stash but wanted to try out the block before cutting into them.  It turns out the block is super super easy which was a surprise.  The only trick is that you have to cut a left and a right side version.  Also the blocks are higher than they are wide when completed. This was the first iteration I tried  as I  had two each of the 10  inch blocks.

I like playing with new blocks to see how I can "scrappify" them sensibly.  This shows some real opportunity! 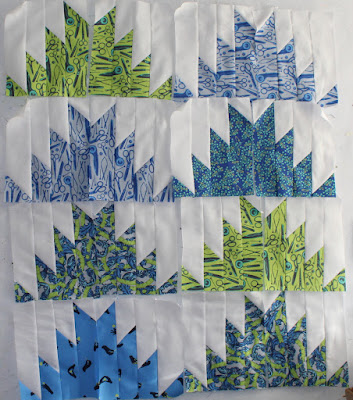 I decided on this as my first set.  You can see it is  higher than wide so I needed to put an additional 4 inches on either side and 2 inches on top and bottom to make it the requisite 40 x 40 inches for the neonatal quilts. 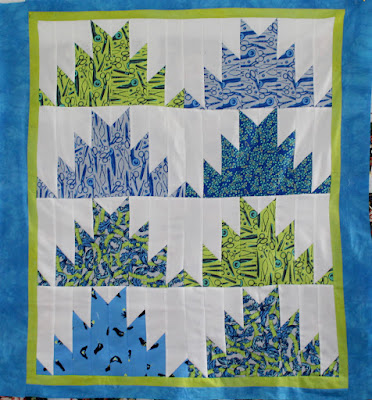 I miraculously found some fabric in my hand dyes to match these blocks and so here is the first of the finished tops. 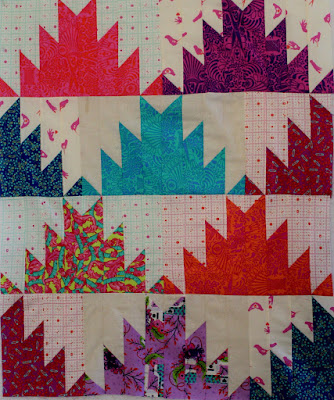 This was my favorite of the variations and it was made up of only one 10 inch square of each color and I managed to use all the light ones as well.  Had to add one piece from my stash which sorta matches.  I do like this one best. 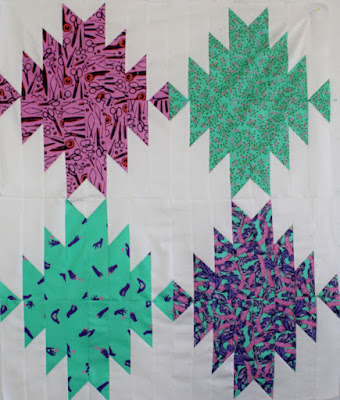 This was the third variation and is  okay.  I have managed to find some borders for both of these which pretty well match.  I have two pieces of 1 meter long fabrics which actually match these tops (they were also part of my winnings) and so they will back two of the tops.  Hope whoever receives these likes the colors -- they are not my favorites! 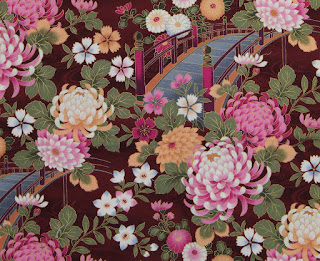 Going through my bags of stuff, I found two more bags of finished blocks so this was the first to be put together.  I had thought this would be a good stack and whack fabric but it didn't have nearly as much variety as I thought it would. 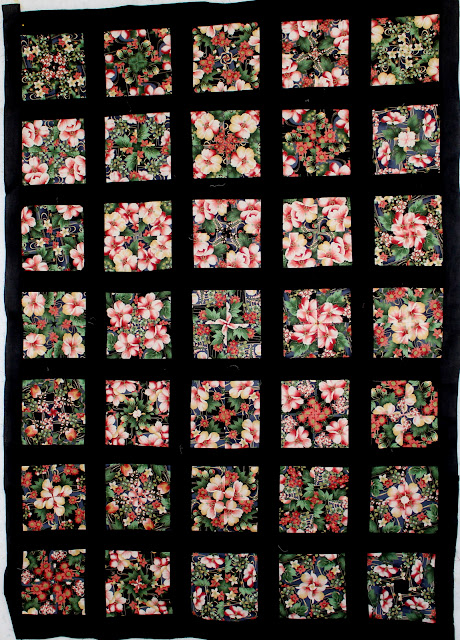 A not very exciting layout for these blocks.  They all looked too much alike for my taste but it made a nice sized quilt (40 x 60) which will definitely be donated!!