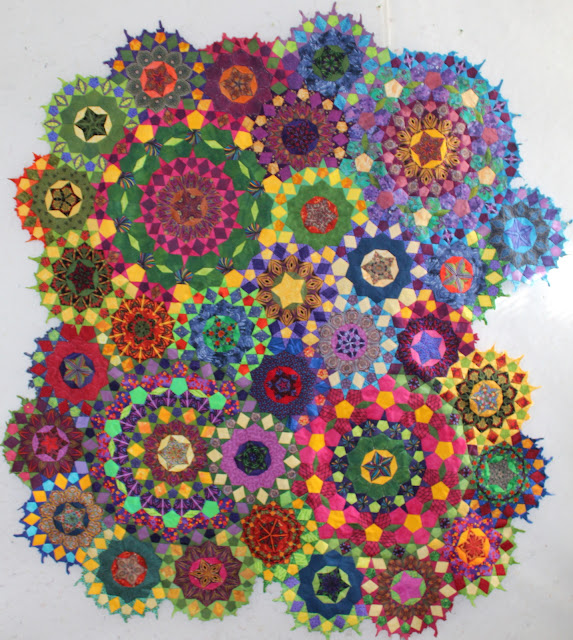 Well, the main  part of the La Passacaglia is all sewn together.  I have already added some pieces not in the pattern and still want to add a larger chunk on the right hand side and on the bottom.  Know what I am going to do but just have to do it!

Then I have to dye some background which is now complicated by the fact that our washer doesn't work and I need that for washing out the dyed fabric!!  I want to test doing applique with the papers and glue still in to see whether I have to do the washing of the piece before or after applique. 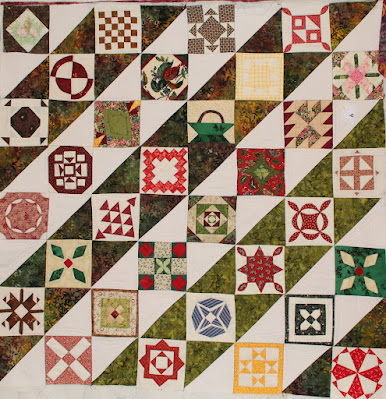 This is the first quarter of what I am calling DJ4 all machine quilted.  I have since finished the machine quilting on all four quarters. 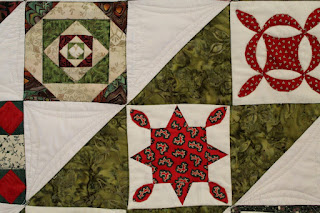 This is a closeup of the stitching that I am doing in the whitish areas -- it is a double arc.  I have decided not to do it in the green.  I have done a lot of outline stitching in all the little blocks which is mostly invisible as I used matching thread as often as I could.  Quilting this in quarters made the job much much easier! 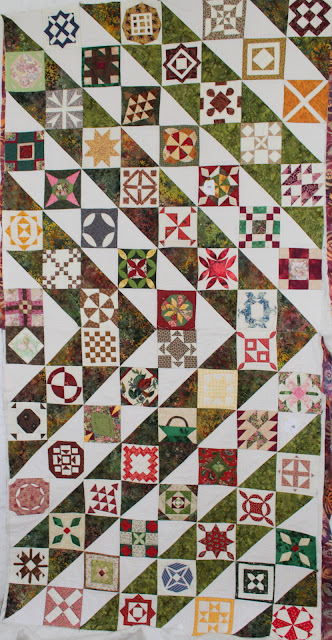 Here is the right half of the quilt sewn together.  I messed up a number of times and thankfully the back is a very busy batik which hides some of the extra seams I had to do.  I was in a hurry and it was the end of the day -- big mistake but correctible.  It was very difficult to sew the sections together as there was so much quilting fairly close to the edge where you sew them together.  Lots of pins held it together and it mostly lined up.  I didn't make that mistake today.  I finished machine quilting the other two quarters and will wait until Friday to attempt to sew them together and then sew the two large sections together.  Then all I will have to do is the borders and binding.  It will be a decent sized quilt when done!

Posted by Elizabeth at 4:44 PM

so colourful the piece you are working on. I can understand your frustration at not having a working washing machine, essential for someone like you. Keep posting updates